All about pubs: The history of the pub 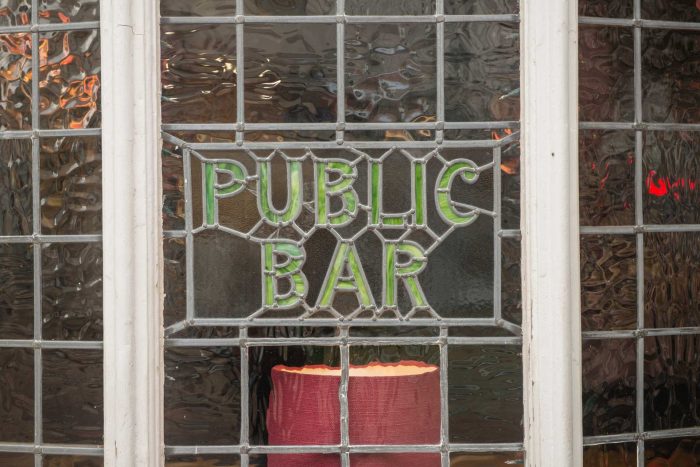 The word pub is short for ‘public house’, if you didn’t already know that. It describes an establishment that’s been granted a licence to serve alcoholic beverages for drinking on the premises.

The very first pubs to appear in Britain were actually Roman taverns, which served alcoholic drinks and food. Later, those taverns that had been granted licence to put up travelling guests in their rooms were known as inns. Inns tended to be located in the countryside or along highways, whereas taverns would generally be more central to villages and towns.

The Anglo-Saxons, who inhabited England from the 5th Century A.D. onwards, also brought with them their concept of alehouses, which were somewhat less sophisticated than taverns (of which famed writer Samuel Pepys was an early advocate) but offered the same comforts of drink, company and good cheer.

By the middle of the 17th Century, though, all of these terms had largely given way to the more generic term public house or pub, for short, and that’s how our watering holes are mostly known to this very day.

Why ‘public house’? Well, quite simply, the term helped to distinguish pubs from private residences. Virtually any adult could – and still can – walk into a pub and order a drink. It’s a social term by design and pubs are very much social institutions. 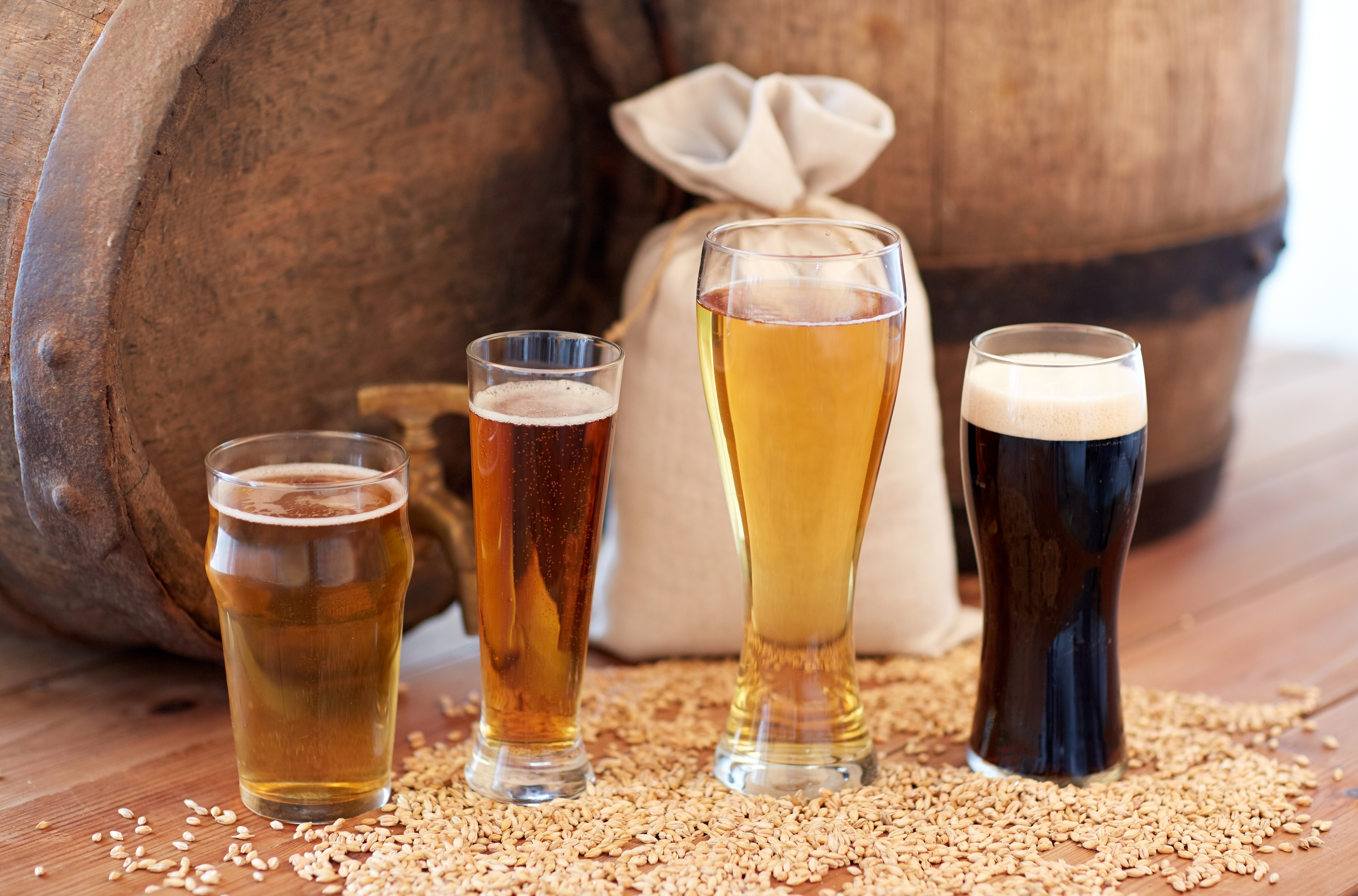 In 1830, the Beerhouse Act was passed in English law, which permitted any householder to brew and sell beer or cider in their home for the price of two guineas (around £190 in today’s money). Not spirits or fortified wines, though – the manufacture and sale of those would be punished by closure and a large fine. Nevertheless, it was the beginning of what we know today as the modern pub.

Beerhouses served beer from jugs or directly from barrels that had been tapped and placed on a corner table. They were incredibly profitable organisations and, as a result of that (and the fact that it was so easy to get a licence), the number of them increased from 400 in the first year of the Act being passed to 46,000 eight years later. Eventually, they became so popular that, in 1869, their growth had to be controlled by the Court and new licensing laws were introduced making it not quite as straightforward as paying a paltry two guineas.

And that licensing process is pretty much the one that operates today, albeit with a few minor adjustments along the way.

The growth of the modern pub business 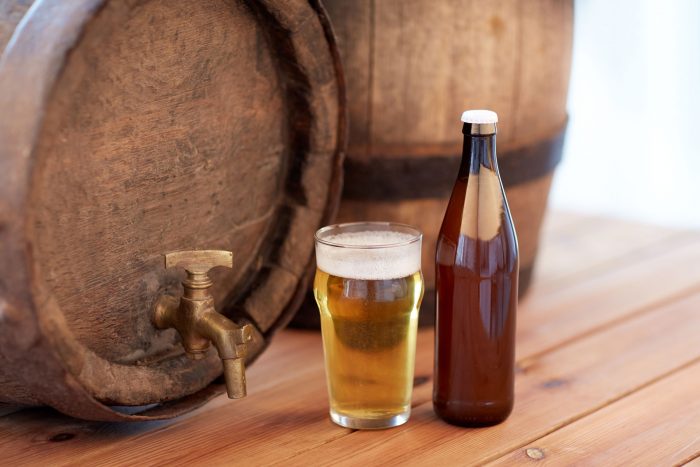 The modern pub is a far cry from the earliest alehouses, which might not have been all that distinguishable from regular homes. This is largely thanks to the advent of the industrial revolution, which saw the production potential of beer grow dramatically over the course of the 19th Century. And the beer-loving population also grew at a similar rate over the period.

This gave rise to the hundreds of purpose-built pubs by the middle of the 19th Century. Architecturally, they began to take on their own style, distinguishing them from regular private houses. Beautifully hand-painted pub signs, which helped customers (many of whom would have been illiterate) to identify the pubs, began to hang outside beerhouses. They would generally (and still do) tend to depict whatever it is they were named after.

The most popular pub names are taken from:

Beer production methods now also meant that beer could be delivered from breweries far and wide (first by horse and cart, later by lorry), meaning that brewing companies like Marston’s were able to deliver their products all over the region and, eventually, the country and now the whole world.

The tied-house system, as it’s known, began in earnest toward the end of the 19th century (although it started in the 1600s) when popular breweries looking to make their mark in new territories began to purchase local pubs and employed publicans, landlords or pub partners to run them. 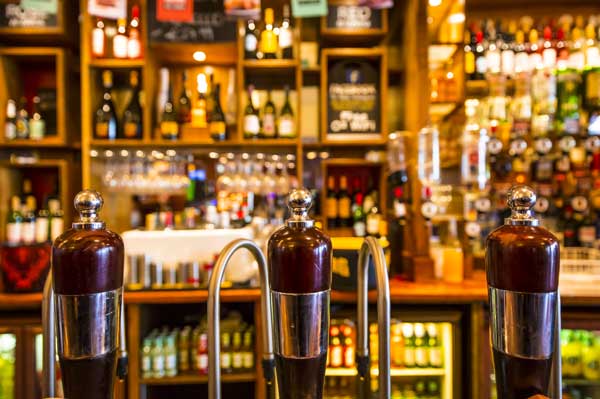 Buy-outs of pub companies became a regular occurrence (Marston’s alone went through a relatively small four mergers and acquisitions processes between 1834 and 2007) until, by the beginning of the 20th century, at least 90% of pubs in England were brewery-owned and most of them by the big six:

These six breweries dominated the pub industry until the end of the 1980s, when the government – in response to a report by the Competition Commission – introduced statutory instruments known commonly as The Beer Orders [or, if you’re not into the whole brevity thing, The Supply of Beer (Tied Estate) Order 1989 and The Supply of Beer (Loan Ties, Licensed Premises and Wholesale Prices) Order 1989].

The Beer Orders, quite simply, restricted the number of tied pubs that large breweries were allowed to own in the UK to a maximum of 2,000. It demanded broader product inclusion by requiring that a ‘guest ale’ must always be sourced by tenants in larger brewery-owned pubs. The big six (and other large pub groups) responded by establishing new sister companies, purely to own pubs, such as Punch Taverns and Enterprise Inns and yet further companies were set up purely to purchase some of the pubs for sale. 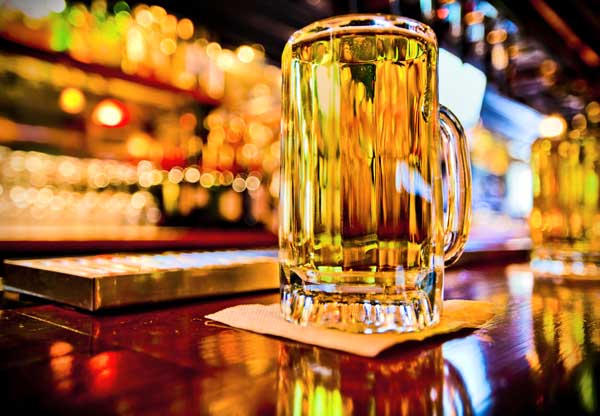 Finally, in 2003, the Beer Orders were revoked and a House of Commons report demonstrated that no single pub company any longer had a dominant market position.

Nowadays, there are all manner of different names in the pub industry and some of the biggest pub chains include: 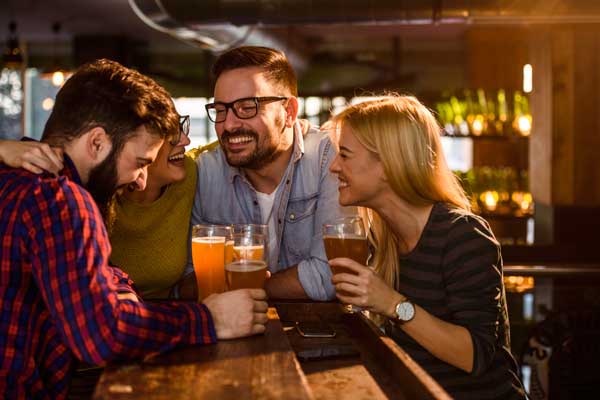 How do you define a modern pub?

It’s hard to define a pub today as there are so many different offerings.

Should a pub have a beer garden?
Does it need to serve ‘real ale’?
Is it still a pub if it’s mainly known for food?
When does a gastro pub simply become a restaurant?

CAMRA (The Campaign for Real Ale) is the leading British consumer institution promoting pubs as social centres and part of Britain’s cultural heritage. Their definition of a pub is an establishment that:

Beyond these so-called ‘essential’ factors, there are all kinds of elements a modern pub might include. No longer are pubs tied to the decorative restrictions of Victorian taste or conservatism. Sure, you’ll still see plenty of dizzying Axminster carpets on the floors to hide the dirt from the constant footfall (though most modern pubs prefer a surface you can clean with a mop). And you’ll still see dark oak and walnut tables, politely curved at the corners, indoors with park bench style seating outside…

When you walk into a modern pub, however, you might find any of the following elements:

What drinks will you find in a pub? 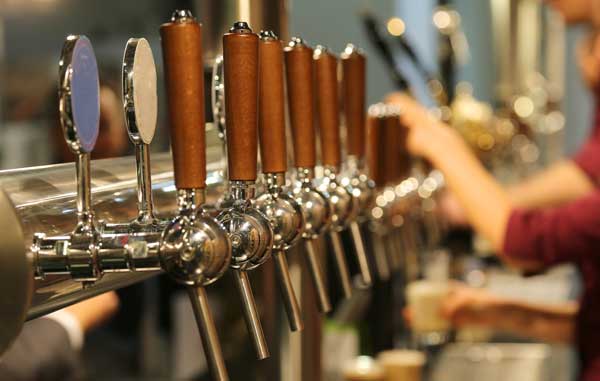 The beerhouses of old expanded over the years to incorporate all kinds of alcoholic beverages from far and wide as well as soft drinks. These are just some of the drinks you will find in a modern-day pub: 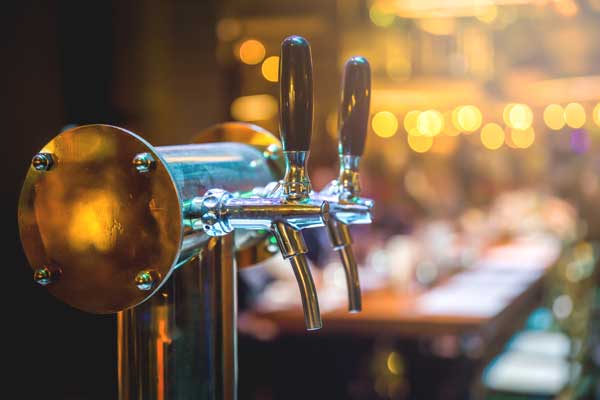 What are the licensing laws in Britain?

Sale and consumption of alcohol is regulated (with different legislation for England, Wales, Scotland and Northern Ireland respectively) by the alcohol licensing laws of the United Kingdom.

In each of those territories, selling alcohol is restricted and pubs (as well as restaurants and shops) must have a license, granted by the relevant local authority.

In England, Wales and Scotland, the Premises Licence lays out the times and conditions under which it’s okay to sell alcohol and the Personal Licence allows individuals to sell alcohol or authorise others to sell it – so it comes in two parts. On Premises Licences, each name what’s called a Designated Premises Supervisor (Designated Premises Manager in Scotland) and that person has to hold the Personal Licence so that alcohol can legally be sold there.

The legal minimum age for buying alcohol in the UK is 18. However, people aged 16 or 17 are allowed to drink beer, wine or cider in a pub with a table meal so long as it is purchased for them by someone older than 18.

Before 2003, there were lots and lots of separate legislative provisions covering pubs and other licensed premises in England and Wales, but they were all consolidated into the Licensing Act in 2003 and near-identical reforms were put in place in Scotland two years later in 2005.

Since the Licensing Act 2003 (and 2005 for Scotland), however, there’s only been one type of premises licence for shops and pubs alike. Yet, when one is granted, it comes with a set of conditions that will determine whether it allows ‘on’ sales, ‘off’ sales or both types.

This is why you now get both ‘bottle shops’ (in other words, shops where you’re allowed to consume the beer in the shop) and ‘takeout pubs’ (in other words, pubs that allow you to take home your favourite alcoholic tipple, usually in some kind of cardboard milk-carton-like container, if it’s drawn from the pump and isn’t a bottle or can).

Premises licences are granted to people, not to establishments. You probably remember seeing pubs with the name of the licensee above the door – these are from the days before the Licensing Act 2003, when the licence was granted to the establishment. You do still see them, but they’re no longer a legal requirement, as a result of the change in law.

Northern Ireland has slightly more restrictive legislation law than in Britain, so only a limited number of licences are available and new pubs have to wait until existing pubs surrender their licences to be granted one. Also, it’s the courts that grant the permitting of licences, not Local Authorities.

You might be old enough to remember what it was like to go into a pub before the indoor smoking ban of 2007 (2006 in Scotland). Well, it was quite smoky, to put it bluntly. A lot of publicans, landlords, tenants and pub managers had expressed concerns that it would put people off going to the pub if they weren’t able to smoke inside but, after a rocky start, where sales did fall in some places (while rising in others and being largely unaffected in yet others), the whole thing sort of plateaued.

What is a gastropub?

The hybrid word ‘gastropub’ describes an environment that’s just as hybrid in its nature – a down-to-earth pub that serves high-end food. ‘Gastro’ from gastronomy (or fine dining), ‘pub’ from, well… pub!

The term first came into use in 1991 and the concept helped to revolutionise pub culture and British dining alike over the course of the next three decades. Pub grub, as it’s lovingly known by patrons, runs the gamut of Great British dishes from steak-and-ale pie, fish and chips, bangers-and-mash to full Sunday roasts with all the trimmings. But gastropubs have gone that step further to incorporate more extravagant, exotic and high-end grub.

Yes, walk into a gastropub and you might well find a mushroom risotto with truffle oil nuzzled up against cod, chips and mushy peas on the very same menu. The beauty of the gastropub is that it brings back a sense of pride to British dining whilst also helping us to retain that oh-so-essential characteristic of everyday British life: unfussiness. We can have our cake and eat it too. (Whether it’s a Victoria sponge or a frosted red velvet cake.)