Why do Publicans Need to be Self-Sufficient?

Today’s pub companies offer all kinds of support to people looking to take on their own establishments—just look at the Marston’s Pillar Partnership, for example. It offers publicans, among other things, rent-free accommodation, paid lighting, heating and water bills, and expert induction training. So why, when there’s all this support on offer, do such pub companies still consider self-sufficiency to be one of the most essential skills needed to run a pub? Let’s take a look.

You won’t have a boss 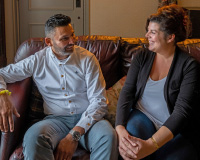 It’s not just that you won’t have a boss—but, when you run a pub, you’ll be the boss. Of course, if you’ve worked as a manager or supervisor before, then that won’t be unfamiliar territory. The difference is that, now, there’ll be no one standing over you, demanding that you deliver regular performance updates. You’ll only have yourself to answer to.

That requires a number of different aspects of self-sufficiency:

Support from pub companies is there to give publicans a running start and make sure they’re set up for success, but the success itself is down to each individual tenant and the efforts they put in. Great publicans have a strong survival instinct that drives them. 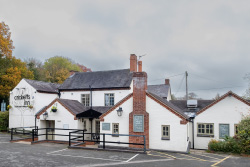 Most people who take on pubs of their own do so as a lifestyle choice. They’re passionate about interacting with guests and delivering great food, drinks and service to them. However, the satisfaction of being a publican is as much about the money you can make doing it as it is about the lifestyle itself.

The national average salary for a publican is £31,595 according to Glassdoor. That’s a good living for doing something you love—but remember it’s just the average. The top end of that survey scale is £62,000, which means there’s potentially great money to be made. The higher your levels of self-motivation, self-determination and self-reliance, the higher your chances of reaching toward that top end.

With a Marston’s Pillar Partnership, publicans take home a good percentage of the profits they make, so it’s easier than it might be than with some other pub agreements to make a good living. However, the more self-sufficient Pillar Partners are, the more successful they tend to be too.

When you rely on yourself to such a degree to make a living, you tend to become better at it, so it’s a win-win. You learn new skills and new ways of dealing with situations, making you a more versatile entrepreneur. All of this contributes to your ability to make your pub a success.

Of course, running a pub also means relying on your front-of-house and back-of-house teams to turn up on time and work hard at their jobs. It also means relying on your pub company to deliver the level of support they promise to deliver. However, when you learn to take accountability for your own success, you learn to better communicate with those people to make sure you get what you need from them.

Resourcefulness is a great skill to acquire in life and self-employed pub management is an exciting way to acquire it. You’ll face multiple different challenges on a daily basis and will need to find ways of tackling them all the time.

Looking for something else to read? See our article, How Organised Do You need to be to Run a Pub?

Back to the top >