What Makes Publicans the Hardest Working People in Hospitality?

Hats off to everyone who works in the hospitality industry. Whatever their role, keeping guests happy, well-nourished and coming back for more is no mean feat. We’d go as far as to suggest that the people who run their own pubs might just be the hardest workers in the hospitality industry. Why? Because we see the lengths they’ll go to in order to make a success of their pubs. Let’s explore some of them. 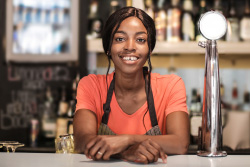 Getting up early and staying up late

Great publicans aren’t early birds and they’re not night owls—they’re both. We have huge respect for the hours they put in.

Just take Marston’s Pillar Partners, for example. They’ll get up in the morning and, if they live on site (which they usually do), head straight into the pub to make sure the previous night’s clean-up was done properly. Then they’ll start setting up for the day—laying out tables, helping with food prep, calling suppliers and whatever else it takes to get the pub ready for opening.

When the pub does open (usually around 11am), they’ll be all smiles from the beginning of service right until they close the doors that night (usually around midnight). Chatting with regulars, solving any issues that might crop up and leading by example to keep their teams motivated. Plus, if there’s an event on, they’ll be there overseeing it to make sure it all goes smoothly.

Once the last guests are out of the door and the pub is closed it isn’t even the end of the working day for the publican. It’s all systems go to get the pub cleaned up and spotless so they can start over again the next morning. Or they might delegate some of that to their team while they head into the office and handle wages or any HR issues that might have cropped up during the day. That’s some serious dedication. 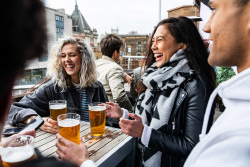 Many publicans come into the job from careers where they only worked five days a week. So, it’s always humbling to see them take to their new, longer working weeks without so much as batting an eyelid. Most pubs are open seven days a week and, even though Sundays tend to be a little bit shorter than the rest of the wee that’s a heck of a workload to take on.

Our Pillar Partners tell us that one of the key motivators for working so hard is the idea of being their own boss. Andy at The Bridge in Ashbourne, for instance, says:

“I feel more compelled to work hard because, at the end of the day, it’s my business. There’s a personal sense of pride and achievement that comes with running my own pub. Plus, I don’t consider it to be ‘work’ so much as it’s a ‘lifestyle’—so doing a six or seven-day week is fine by me because running a pub is what I love doing most.” 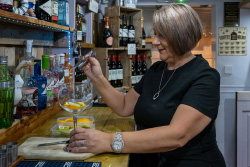 Going above and beyond as standard

According to Deloitte, in 2021, there was a 71% increase in people going out to eat and drink in pubs and bars from the previous year. Understandable, considering much of the world was in lockdown. Yet a report by Rand, also shows an increase in the standards of out-of-home food and drink that consumers demand.

What this suggests is that Britain is a more “foodie” nation than ever before. British people demand better quality food, drinks and all-round hospitality experiences than they once might have. As such, competition to meet customer demands is higher than ever. Which means today’s publicans have to go above and beyond as standard, if they want to make a real success of their pubs.

You only need to look at some of the menus that Marston’s Pillar Partners are developing to see this competition in action. Corinne Gill at The Cricketts Inn in Acresford says:

“I’m very pedantic about food so I want to deliver something special. All our food’s sourced locally—no ‘ping ping’ reheating. The local hunters brought us some pheasant and partridge, so we put that on the menu with suet pudding and black cherry and bacon gravy. You have to champion new ideas and work really, really hard to make the best of them in this job.”

It’s this commitment to next-level service that enables pubs like Corinne’s to succeed and yet, energy levels like hers are rare. Which is why we’re convinced—and we repeat—that the tireless people running today’s pubs are among the hardest workers in the hospitality industry, full stop.

Looking for something else to read? Take a look at our article, Why Do Publicans Need to be Self-Sufficient?

Back to the top >